You confirm you are aged 18 years or over, are of legal drinking age and that any purchases you make will be for personal use only. By selecting the “Remember Me” option, you consent to us using cookies to remember the validation of your year of birth. See our Privacy Policy for information on how we handle your personal information.

Although still in its infancy, the Australian chardonnay story is one filled with experimentation, growth and much success. Modern wine enthusiasts could hardly imagine a world where this much-loved varietal didn’t feature so prominently, however, it was only commercially planted in Australia during the 1970s. Despite its viticultural youth, Australians quickly developed a love for chardonnay and this led to extensive and rapid plantings.

It was during this epoque of Australian chardonnay that Penfolds decided to embark on its own white wine quest. The objective was to craft a flagship white wine that could confidently stand beside Grange in renown, quality and esteem.

Penfolds White Winemaker, Kym Schroeter, was involved in the early years of this pursuit and can remember the time well. Several regions were considered and a number of varietals too, before ultimately a multi-region, cool-climate chardonnay was decided upon. Yattarna, a First Nations Australian word meaning “little by little; gradually”, was the name appointed alluding to the trials and time undertaken to carefully craft a flagship worthy white wine.

Yattarna was crafted over 144 trials providing its secondary reference, Bin 144. Through these attempts, numerous other Penfolds wines were born; many outstanding in their own right. Penfolds Reserve Bin A Adelaide Hills Chardonnay, which had its first vintage in 1994, is one such example – and is now one of the most awarded wines in the Penfolds stable. While early vintages of Reserve Bin A Chardonnay included some fruit from Tumbarumba, this revered wine is now a distinctive, single-region style, with a contemporary and expressive Adelaide Hills persona.

Further pursuits of excellence resulted in several other expressive chardonnays. The first vintage of Bin 311 was produced in 2005 where it was initially framed around Tumbarumba fruit. The wine has more recently pursued a consistent style from high altitude/low latitude vineyard sites. Bin 311 truly reflects the winemakers’ mantra ‘we always go where the fruit grows best and where it best suits style’.

Today, Kym Schroeter is regarded as one of the best in the world, consistently winning awards for his work – with his tenure at Penfolds spanning 36 vintages. During his tenure, an impressive list of awards Kym and his team have garnered include:

These awards are a testament to the hard work that the entire Penfolds team has undertaken, however the pursuit is never ending. We’ll leave the final word on the future of chardonnay to Kym.

“Chardonnay is interesting because it’s so complex – there are many facets and layers you can add into the wine. From deciding on the vineyard and region and choosing specific parcels, to maturation, and balancing the amount of yeast to incorporate (and many other factors) – it’s up to the winemaker to decide just how complex each wine will be. You can really see the true personality of wine and winemaker in chardonnay”, he says.

“I’m looking forward to working with chardonnay in the future – as new clones planted years ago start to show their true colours, it’s going to be a great period for Australian chardonnay!”. 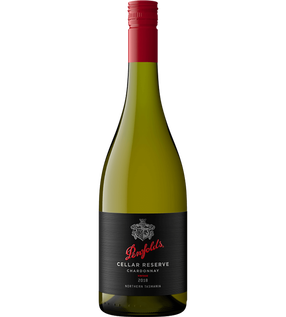